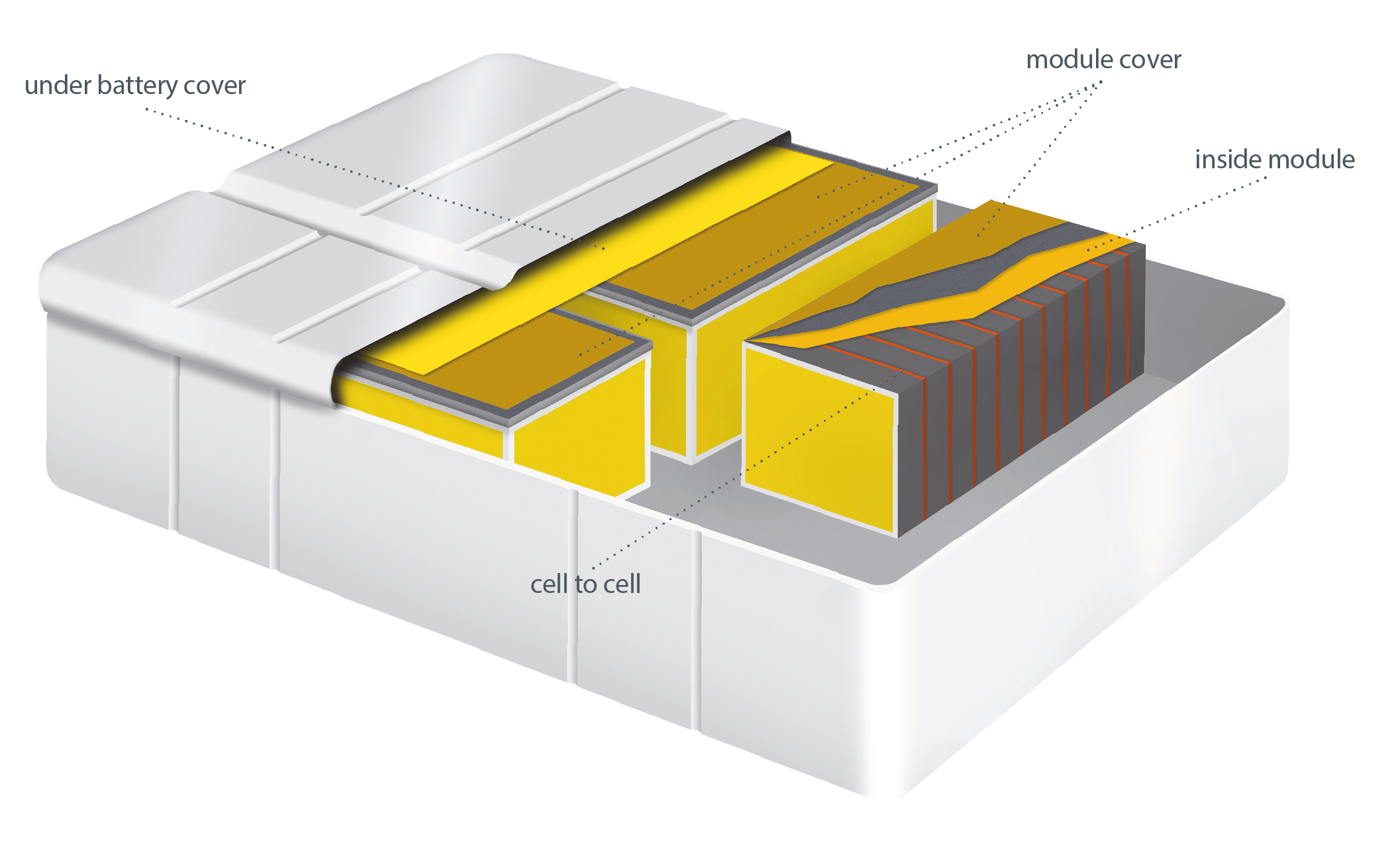 The portfolio is called Thermiga.

Based on customer requirements, individual or all desired functions can be fulfilled due to a modular system of combining a wide range of organic and inorganic surface materials.

Lithium-ion-batteries (LIB) are getting more efficient, hence requirements of insulators and LIB packaging materials are increasing. When a battery is charged with a known amount of energy, it is discovered during discharge that the exact same energy is not being delivered in the form of electrical energy. There are always loss processes in which energy is released into the environment in the form of heat.

From this point, the cell approaches the so-called "thermal runaway". "Thermal runaway" refers to the uncontrolled and self-sustaining release of heat from a cell, which subsequently causes cell failure in the form of outgassing and / or explosion. During this process, it comes to side reactions in which oxygen is released, this in turn has a fire-promoting effect. When this temperature is reached, the process cannot be stopped and is irreversible. Depending on how many cells fail, temperatures of 600-1200 ░ C can be reached and exceeded.

To prevent the enormous heat transfer between a failed cell to its neighboring cell or other modules, insulator materials are installed. Among other things, they aim to prevent, or at least delay, the "thermal runaway".

From temperatures of around 90 ░ C, plastic separators begin to melt, thereby losing their function as electrical and thermal insulator.

If you need information about applications, please write us an e-mail here or use the contact form at the end of this site.

We are always here for you.